Yeah, I was correct in anticipating the nose part of this project would be a bit of a problem. Just not enough fine-tuning nose morphs available for Dawn, and the mesh gets a little temperamental when the space between lower nose and upper mouth is narrowed. Not all Indian women would have this feature, of course, but the photo references I happened to have on hand showed a fair number of women with that narrower space and a more down-turned nose tip.

The rest of the face isn’t too bad though. 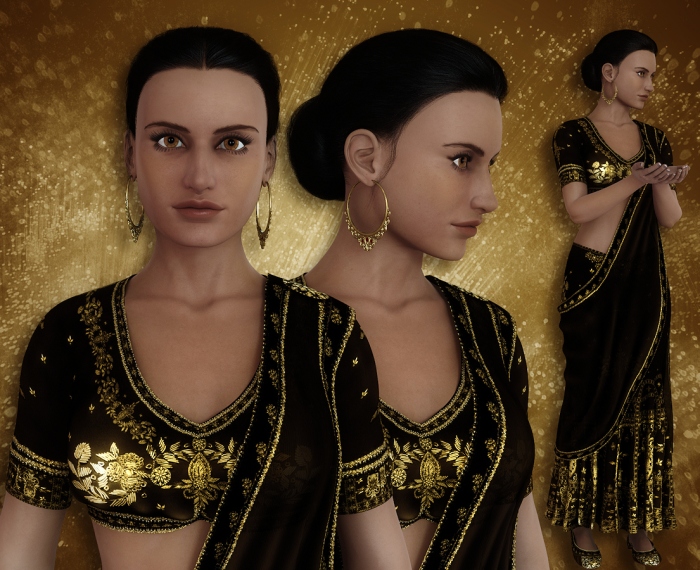 Also, how can I have hundreds of hair props and still not find the one I’m looking for? Argh!

The Elegant Bun for G3F/G8F is nice (though I need to work more on the ear wisp when fitting this hair to Dawn) but what I really wanted was a long, loose braid where the braid starts at the nap of the neck. The closest I had was Loreley Hair for V4 and Arki’s Dragon Braid for V4 — and I don’t own the Dawn version of the latter (yet.)

The Genesis 1 Vintage Sari (from MEC4D’s personal store) autofitted rather well to Dawn.

I also have the Vintage Kurta for G1…and for the heck of it, here it is fitted to G3M EleBeast. 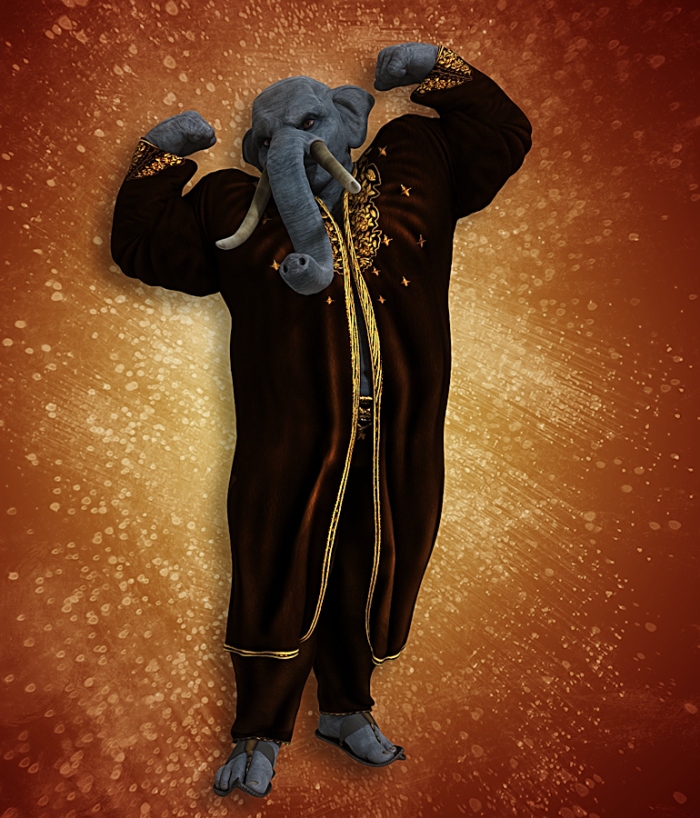 Ha! It’s almost Ganesha, though with a couple less arms.

The kurta fits EleBeast better than the Egyptian sandals meant for G3M. I added a small amount of push modifier to the outfit, but there were only a couple very small areas of poke through around the thighs, which was easy enough to fix in PSP. The EleBeast does not have small thighs.