Thanks to Jackie for pointing these out to me. Not a lot of them, but a decent cache (alas, Scary Cherry, Mike’s Tiki Bar, and the broken Christmas bulbs remain lost.) So until I can get around to updating links — for the umpteenth time, ugh…and it’s not like I totally finished the first corrections — here’s a few handy places to start looking:

Edited to add: And thanks to dollygirl for finding the links to the broken bulbs, which I used for the free Squee and Little Monsters poses a few holidays back.

The 2014 holiday freebies can be accessed here: Latest News.

The direct links to the broken bulbs, from dollygirl’s comment:

Glad to have found this one, which I recently used in a free background for Halloween: 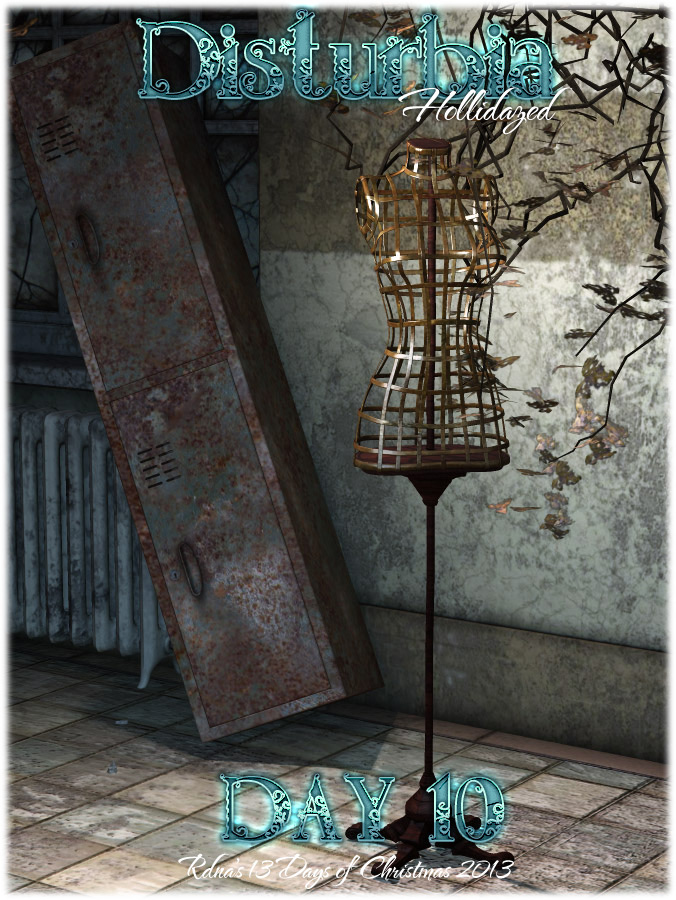 I’d bought the commercial version (here at DAZ) and couldn’t remember if it was needed for this freebie, but the cage version is a stand-alone.

, as I’ve been busy lately with non-3D stuff and I’m not sure when I’ll get back to updating the blog.

I wanted to do a freebie for the dieselpunk/retro futuristic theme but had trouble coming up with ideas. I’ve decided to do several small pose sets inspired by pulp fiction covers. Cheesy, but fun!

Maybe three or four pose sets, with mirrors if applicable, for M4/V4, the various Genesis figures, and Dawn/Dusk. Possibly Sadie/Sam and Cookie/Chip too.

While I’m putzing around with poses I’d also like to start something for the HiveWire figures. It would be lovely if I could get a few other folks to participate, though I’m not sure how to go about this. There aren’t many 3D-related freebie blogs these days and I’m also not so good at the whole forum participation thing.

Kettu, are you still working on your Dawn/Dusk morph project?

My rationale for this? I’ve always had a soft spot for underdogs.

Ah, the ebb and flow — Chris Cox’s blog, with many interesting freebies, appears to be gone (thanks to Nik for the heads up!) The Wayback Machine has archived a number of the zip files here.

Deleted a few posts relating to limited time freebies so folks don’t continue to click on expired deals and have their hopes cruelly dashed! 😥

I’ll continue to post these, but will delete when the deal is over. I thought about moving the deals to a sidebar widget, but then no one get notified. 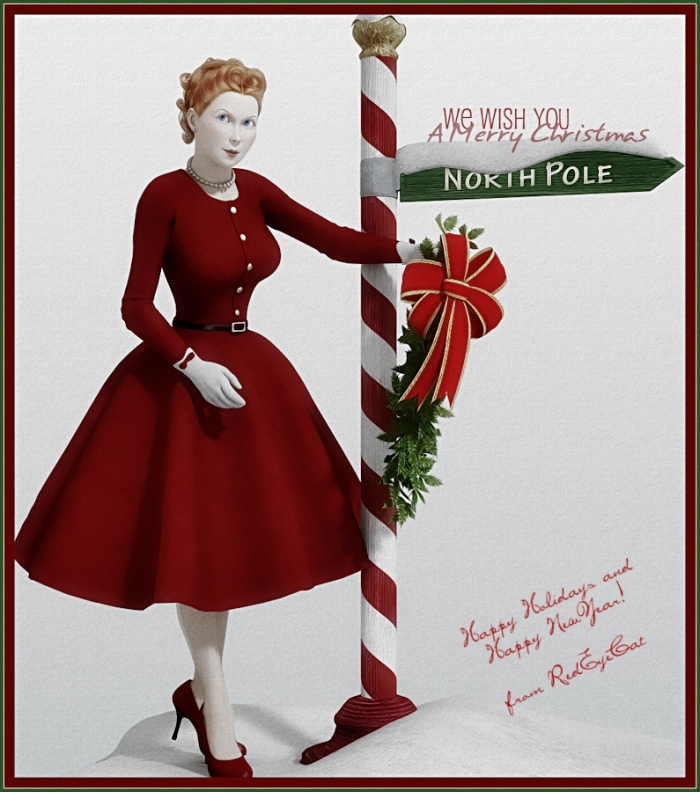 I was going for a vintage 50s holiday card look. Here’s the stylized 50s V4 dial morph; you’ll need both Morphia and V4’s Morphs ++. There are two body versions: the first is shorter and broader through the chest (above) and the second is taller and thinner. Dial morph only, no textures, though I used the REC Toon Tones for Gen4.

A few places to haunt for holiday freebies:

Not free, but a pretty good bargain: 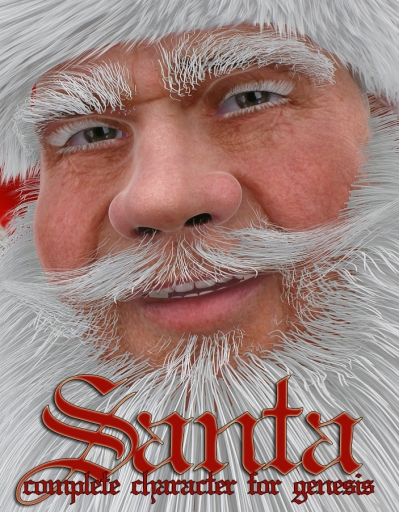 Mec4D’s Santa for Genesis. The TOU are more restrictive than most purchased content, but if you’re just messing around with stuff for yourself, it’s a nice and inexpensive Santa set. (There’s also a Dawn version, which I also own.) Fitting it to other shapes is hit-or-miss — the chest area folds can deform — but looks pretty good with a bit of extra effort and, if necessary, a little tweaking in postwork. 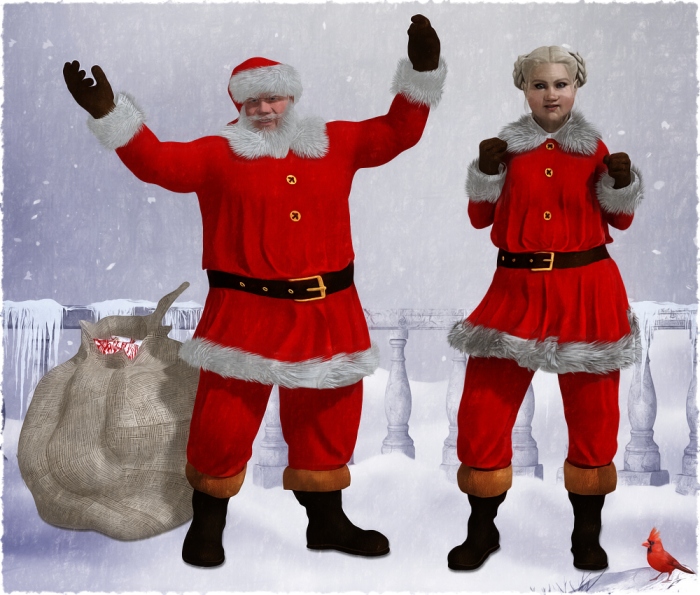 Her chest area required some postwork. 😛

And because I was in a holiday rendering mood, one more! 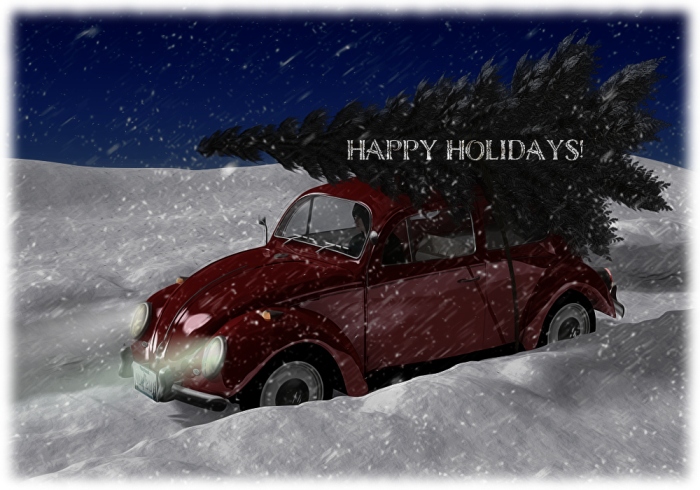 I wanted more gravity on the front part of the tree but will assume it just bounced up as the VW went over a bump in the road.

Oh, and I’ll have a few freebies over at Fantasy Attic for the HiveWire family.

Edited to add: A non-postworked preview of the 50s V4 stylized character, this time with the taller and thinner torso option: 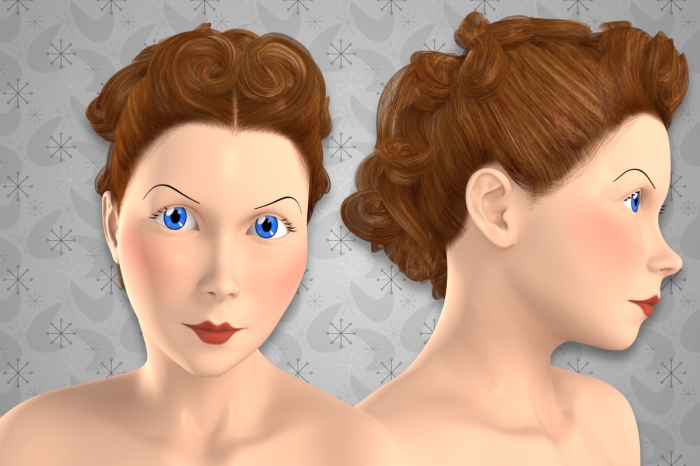 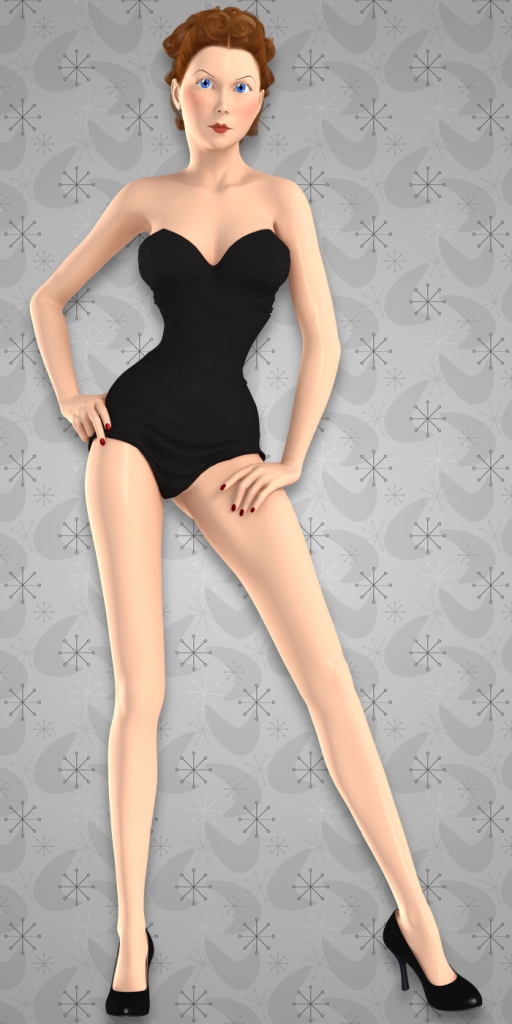 Using the transfer morph feature in DS4 allows clothes to fit even the more extreme shapes to V4’s body. Adding mesh smoothing and subdivision to Morphia also improves the look of the figure. I forgot to mention that her eyeballs should be nudged forward a bit; I think I set the Z Translation dial to -0.10 for each. 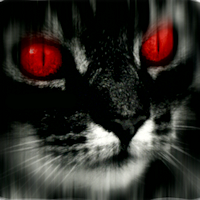